I first watched this some years ago and recently had the chance to watch it again, and Agnès Varda’s CLÉO FROM 5 TO 7 is just as good, if not better, as I remembered. As the title suggests, the film follows its protagonist in real-time, from the hours of 5 to 7 o’clock. She tries on hats, meets with a lover, sings some songs, drives around with a friend. But her activities are just distractions as she waits to hear possibly devastating news from a doctor. It’s this duality between her exterior and interior experiences that creates the conflict of the story. On the surface, Cléo is shallow and girlish, and to be fair she’s a bit shallow under the surface as well. But only the audience is privy to the very real fears that manifest as superstitions and upsets, and get dismissed by the other characters as mood swings. It’s a nuanced exploration of the kind of person—frivolous for one, female for another—who is rarely taken seriously, let alone laid bare in all her flaws and strengths and contradictions. Character study aside, the film is also steeped in French New Wave style, but the kind of playful camera rule-breaking that’s fun and surprising, and never tedious. With all of that being said, in case you can’t tell, I love this film. I feel pretty confident in calling it my favorite New Wave film, full stop. 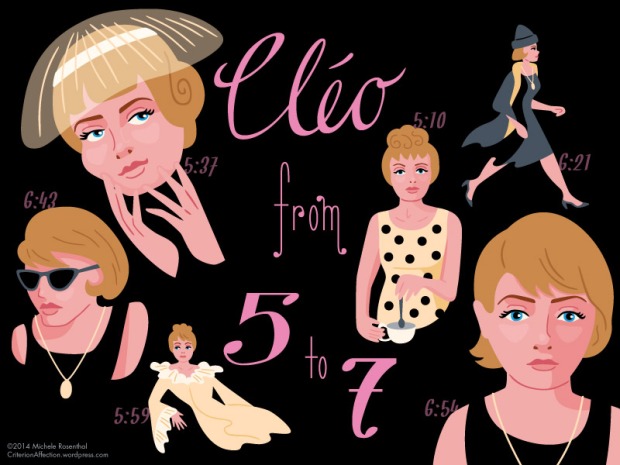