In Jean-Pierre Melville’s LE SAMOURAÏ, a crime film with little dialogue and a lot of style, Jef Costello has been hired to kill a man we don’t know for reasons we also don’t know. Although he is meticulous in the planning, with the focus and isolation of the titular samurai, he is soon being hunted down by the police and those who originally hired him. Jef is played by Alain Delon , whose intense, stoic performance mirrors the ultra cool tone of the film. He’s fascinating to watch and easy to root for, even though the viewer knows virtually nothing about his character. The events that slowly unfold are suffused with noir-inspired atmosphere and suspense. But I’ll admit, I was a little distracted throughout by the French police’s utterly appalling and systematic lack of ethics. I can only hope it wasn’t really like that in the 60s. I mean, don’t they need warrants for things over there? 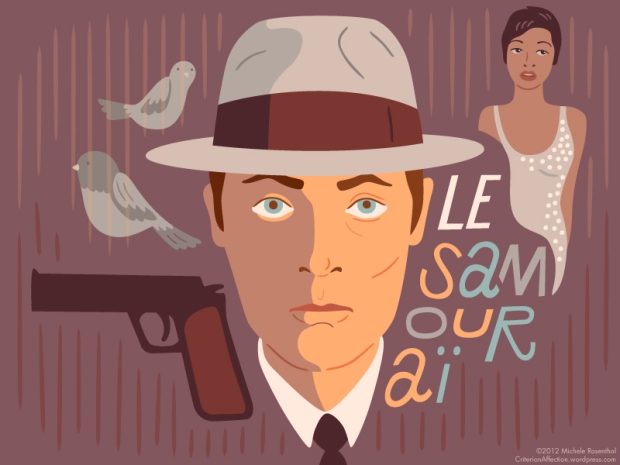